This post was originally featured on my non-academic blog, The Organic Intellectual, on November 27th, 2010.

For too long the word "hermeneutics" has suggested (in my mind) something along the lines of the study of fictional hobbit communities. Needless to say, this is not really what the term means. Luckily, some of the readings that my colleagues and I looked at this week have enabled me to transcend (at least to a small degree) my former ignorance on this matter! 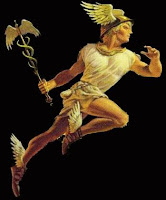 We were reading about the turn from the 'quantitative revolution' to the 'cultural turn' in the field of human geography (and economic geography in particular). The quantitative revolution came about in the 1950s and 1960s when numerous geographers began to adopt "both inferential statistical techniques and abstract models and theories" which led to "a new nomothetic geography conducted as spatial science" (Barnes, 2009). By contrast, the cultural turn arose in the 1980s, seeing an increasing focus on culture in many areas of human geography and an appreciation of more 'qualitative methods' (Barnett, 2009).

As Trevor Barnes (2001) has argued, the nature of theory and theorizing is substantially different between the two 'eras'. Theorizing during the quantitative era is best characterized by an 'epistemological' approach, wherein "the central task of theorizing is to develop abstract vocabularies that mirror - albeit approximately - an external and independent reality" (546). Put most simply, epistemological theories are abstract models that help us understand 'reality'. Now, as you might surmise, Barnes argues that the type of theorizing characteristic of the cultural turn is 'hermeneutic', which he defines as theorizing that "has an openness both to a wide range of theoretical sources and to the very definition of theory" (547).

Barnes (2001) has a number of statements which are very helpful in further defining hermeneutics:


In reading about hermeneutics I recalled how I had previously known about an association between hermeneutics and the Frankfurt School, but I didn't quite know what that association was... and so this recent exploration of hermeneutics has provided an opportunity to learn more about that connection.

As it turns out, hermeneutics has an incredible philosophical history dating back to the Ancient Greeks (etymologically the term comes from the Greek god Hermes, who was the "tutelary divinity of speech, writing and eloquence"). The tradition and evolution of the term (and debate surrounding it) has been carried-out by the likes of Plato, Kant, Hegel, Schleiermacher, von Humboldt, Heidegger, and yes - the Frankfurt School's Jürgen Habermas (Ramberg and Gjesdal, 2005).

And what was Habermas' contribution? Well, in short, he came up with a critique of Heidegger's 'ontological hermeneutics' and the latter's student - Hans Georg Gadamer's 'hermeneutic humanism'. As the Stanford Encyclopedia of Philosophy explains, until Heidegger, hermeneutics was really about understanding linguistic communication. Yet "as far as Heidegger is concerned, hermeneutics is [actually about] ontology; it is about the most fundamental conditions of man's being in the world"(Ramberg and Gjesdal, 2005). Gadamer adds to Heidegger's hermeneutics by "exploring the consequences of [ontological hermeneutics] for our understanding of the human sciences," arguing that there are limitations to understanding human 'being' - human tradition and our selves - because we can never really master the texts of the past.

Habermas, however, argued that Gadamer did not fully considered his own political and ideological presuppositions:

In Habermas's view, Gadamer places too much emphasis on the authority of tradition, leaving no room for critical judgment and reflection. Reason is denied the power of a critical, distanced judgment. What is needed is therefore not just an analysis of the way in which we de facto are conditioned by history but a set of quasi-transcendental principles of validity in terms of which the claims of the tradition may be subjected to evaluation. Hermeneutics, Habermas argues, must be completed by a critical theory of society (Ramberg and Gjesdal, 2005).

In short, Habermas wants to use hermeneutics as a tool to understand where our understandings are coming from, in order to work towards social justice and emancipation. As Nickelson (2009) explains:

If your head is not spinning yet, you're probably not normal or have some kind of predisposition towards political philosophy. Nevertheless, I think you'll agree that it is possible to see some strands of Habermas' critique in Barnes' contemporary understanding of hermeneutics as an understanding of understandings... Understand?

Barnes, Trevor. "Retheorizing Economic Geography: From the Quantitative Revolution to the 'Cultural Turn'," Annals of the Association of American Geographers, Vol. 91, No. 3, 2001, pp. 546-565.